A basic guide to everything trailers

Although they seem like simple devices, Trailers actually come in quite a variety of forms, with varying levels of complexity. In this article we will have a look at the most common types of trailers you might encounter, as well as what they are generally used for.

To begin with, let’s first define what a trailer actually is. Put simply, a trailer is a vehicle that requires towing. That is, it doesn’t have its own means of propulsion. Almost all roadworthy trailers have some features in common, such as the coupler, drawbar, wheels and electrics - although the main body of the trailer will vary.

Trailers are usually categorised by the number of axles (or sets of wheels) that they have first, followed by their basic shape or intended use. Below is a list of those types most commonly encountered.

Single axle trailers - A trailer that only has a single axle (or one set of wheels) is probably the most commonly encountered trailer type. Ordinarily the axle will be mounted very near the centre of the trailer in order to provide a good weight distribution, quick turning ability and good maneuverability. Single axle trailers can come in a wide variety of forms, depending upon their required use.

Tandem trailers - If a trailer has two fixed axles (or sets of wheels) then it will commonly be referred to as a tandem trailer, or sometimes a dual (or double) axle trailer. These trailers offer better rigidity and stability than single axle trailers, though they do increase the towed weight and often reduce maneuverability somewhat. Having two axles is usually a requirement for heavy duty trailers such as those required for transporting earthmoving equipment, furniture, larger boats, and livestock, though in practice any trailer can be fitted with multiple axles.

Box trailers - Box trailers are, as the name would imply, a box that is mounted upon the trailer chassis to provide an enclosed area that can carry a load. They can be simple trays, or actual tall boxes, and may or may not have top covers or canopies.

Cage trailers - These are essentially box trailers that have extended walls made from metal cages. They are commonly used to anything that can withstand the elements, or that requires ventilation.

Flatbed trailers - These trailers can sometimes be referred to as tabletop or tray trailers, and consist of a flat surface without sides. They are commonly used for transporting vehicles or large loads that can be secured without the need for an enclosure. They may tilt as well, to provide easier access and loading in the case of vehicle transport.

Caravans - Caravans are enclosed trailers that are specifically intended to provide living/sleeping quarters. Obviously, they can vary widely in size, shape and construction - ranging from simple pop-up types, through fairly robust units and right up to opulent palaces on wheels. Caravans may be equipped with all manner of creature comforts and utilities, and can be mounted upon single axles or multiple.

Horse floats - A horse float is designed to carry livestock, and despite the name that isn’t limited to horses. They are often quite tall, given the height of the animals they can carry, so will usually be streamlined to reduce drag. They may also be equipped with individual bays, if capable of carrying multiple animals. Often horse floats aren’t used to carry livestock at all, but rather, they make for good furniture transporters given their tall construction and roomy interior space.

Boat trailer - Boat trailers carry boats. There’s not much else that they can be used for, given the specialised shape of their fixtures - though having said that, some do allow a bit of deconstruction, allowing them be used to carry other things as though they were simple flatbed trailers. There are two basic types of boat trailer - Roller trailers and float-on. Roller trailers have special rollers that assist in the loading of a vessel, whilst float on trailers are simple frames that hold the hull of a boat.

Towing/ Transporter Dolly - A dolly is a smaller trailer type that can carry the front wheels of a car in order to safely tow it behind another vehicle. They have some limitations given their size, and can’t tow four wheel drive vehicles, but they do provide a safe and legal alternative to towing with ropes or a full size car trailer.

Trailer Couplers - All trailers need a method for attachment to the tow vehicle. Luckily, almost all car trailers use a standardised hitching method and will be easily attached to your vehicle, providing that you have a standard towball. Trailer couplers are cupped in order to allow movement around the ball, which accommodates undulations and variance in the road surface. Most trailer couplers consist of the cup, a latch that locks the cup onto the towball, and a pin or other locking method to ensure that the latch remains closed when in use.

Safety chains - All road going trailers should have a safety chain that connects the drawbar or coupler on the trailer with the tow hitch on the towing vehicle. This provides a connection that will remain in place in the case of the coupler disconnecting in an emergency situation. These chains can also be padlocked into place on a stationary trailer to prevent theft.

Trailer lights - All trailers should have lights on them that function exactly as the towing vehicle’s rear lights do. They will often draw power directly from the rear light circuit of the towing vehicle via special plug sockets on or near the tow hitch, and there are a few types of connectors that are commonly used. Trailer lights very often run the exact same bulbs as car tail lights so don’t require any specialty equipment to change or maintain. As such, they are cheaply and easily replaced should they blow.

Trailer winches - Trailers that are designed to carry vehicles (whether motorcycles, cars or boats) are often equipped with winches to assist with loading. Some of these winches will be manually operated, ratcheting systems, whilst others can be electric systems - often powered by onboard batteries and wiring systems that are separate from the towing car’s loom.

Brakes - Larger trailers will often have onboard braking systems. There are systems that utilise the momentum of the trailer when the towing vehicle is slowing or stopping to activate calipers or drums on their own wheels, and others that are controlled directly by the driver. Depending on the size and weight of the trailer, they may require the use of brakes that activate if the trailer becomes disconnected accidentally whilst in use, as well as requiring brakes on either some or all of the wheels. Remember that as with any vehicle, it is always better to overcompensate in the braking department, than to be unable to stop. 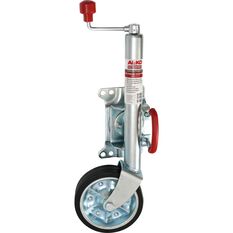 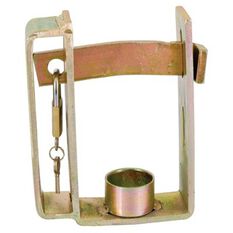 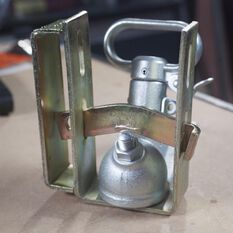 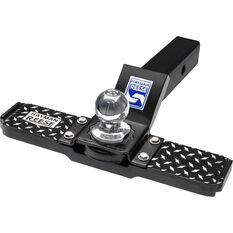 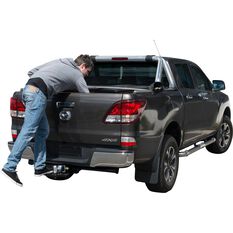 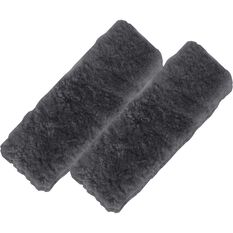