How to deal with a stubborn fastener

When you carry out your own vehicle maintenance, sooner or later you are going to encounter a stuck bolt. Whether it’s rusted in place, snapped off, or just won’t budge despite appearing fine, a stubborn fastener can be the cause of immense frustration. Luckily, there are several ways to deal with a bolt that refuses to move, and we’ll cover a few of the more safe and reliable methods here.

How to prevent bolts from seizing

The primary method for dealing with a stuck bolt is to prevent it from being a problem in the first place - and when it comes to bolts that won’t play nicely, the usual culprit is rust and corrosion. If you ensure that the fasteners that hold your car together are free from corrosion, you will usually find that they remain easy to remove for many many years. To do this, simply give any slightly rusty looking bolts a quick squirt with an appropriate penetrating spray before you attempt to loosen them - some sprays might require you to wait while they seep into all of the little cracks and gaps, so it’s wise to spray all of the fasteners you’ll be working on in one go. The other major cause behind nuts and bolts that just won’t give is overtightening. You can also prevent this (for both your future self, and anyone else that might work on your car in the years to come) by simply torquing fasteners up to the correct specifications. Contrary to what you might think, bolts don’t always need to be tightened up with the force of a thousand suns. If they are excessively tight, then they run the risk of snapping off or becoming stuck. The final bit of prevention is to simply clean your car properly. Rust and corrosion can build up under layers of grime and dirt because of trapped moisture, so if you keep your car clean then you deny that moisture a place to hide.

How to remove a seized bolt

As mentioned above, tightening nuts and bolts with too much force can be disastrous, but so too can using too much force to loosen them. When trying to manipulate a stuck bolt, you may very well have to put a lot more force into it than normal, but if you overdo it then you risk either rounding the hex head off, or even shearing the head of the fastener off completely. Generally, you’ll find that you can avoid rounding the head if you use an appropriately sized 6-point spanner or socket - 12 point tools should be avoided as they often cause rounding. For nuts on things like brake or fuel lines, you might find that a pair of locking pliers can provide a better grip, and lower the chance of damage to the hex surface, but be careful not to bend, crush or twist the lines themselves. Finally, using proper leverage can be key to loosening a stuck bolt, particularly when trying to crack larger nuts and bolts - so invest in a breaker bar for jobs where access allows it.

It can be tempting to beat the everloving snot out of a stubborn bolt - and whilst probably quite therapeutic, it’s probably more helpful to do in a more controlled manner. Applying regular, sharp taps to a bolt as you attempt to rotate it can break the corrosion seal and help to free it, but be extra careful since the more force you apply, the more chance there is for things to go horribly wrong. The use of an air hammer on a low setting can help to “vibrate” a stubborn bolt loose - particularly after it’s been thoroughly soaked in penetrating oil.

Another method for the removal of a stuck bolt is to heat it up. You can use a heat gun, but a blow torch will usually work better. Simply heat the fastener up until it is red hot, and then allow it to cool (or apply some warm water to help cool it faster) then give it some love with your breaker bar. The other alternative is to heat it up to a lesser degree and then hit it with some freezing spray. The heating and cooling will expand and contract the metal respectively, and will hopefully break any sort of seal between the threads. Unfortunately, heating stuff up can be pretty dangerous, so be sure that you never use this method around any flammable components - and don’t reuse the bolt, since rapidly heating and cooling it will likely change its tensile properties.

Sometimes, despite your best efforts, you will encounter a nut or bolt that just refuses to come loose, or is so damaged from previous attempts that you just can’t get a good grip on it, or it’s snapped off and is now stuck. In those instances your best bet is to simply cut it off or drill it out. In the case of nuts, you can use a nut splitter to destroy the nut, and hopefully salvage the bolt, but with bolts, you are forced to resort to slightly more drastic means. The first thing to try, where a bolt can be easily extracted in parts, is to simply cut it with an angle grinder or similar tool. Sometimes when the bolt head is rounded off, you can simply carve a line into it and use a screwdriver to remove it, but more often than not, you will find that a pair of locking pliers will do the trick. If a bolt has snapped off flush with whatever it was attached to, then you’ll need to extract it using a special type of drill bit called a bolt extractor. These are specially patterned bits, that wind in in the same direction as your bolt unwinds, so that as you drill into the remaining bolt, it will begin to work its way out. You need to be super careful when working with a bolt extractor - make sure that you read the instructions fully, since different kits need to be used at different speeds and you don’t want to simply mangle the bolt even more.

Sometimes, when a bolt is in particularly bad shape, you might need to weld a new head onto it in order to give yourself a good gripping surface to work with. The best method is to find a nut that’s larger than the existing bolt head, slip it over and weld the two together by filling up the hole in the centre of the nut. This works really well if you can sufficiently shrink the existing bolt head enough that it slots inside the nut. What’s particularly good about this process is that when you weld the two fasteners together, you will also be heating up the existing stuck bolt, and hopefully breaking the seal on any corrosion that’s locking it in place. As with anything that produces heat and sparks - be sure not to weld around anything flammable!

There you have it - a few methods you can try in order to free a stuck bolt. One final thing to remember though: There’s absolutely no shame in throwing in the towel and leaving it up to the professionals. Sometimes it’s better to have a fully equipped engineering shop have a crack at it, instead of risking damage to any other components. 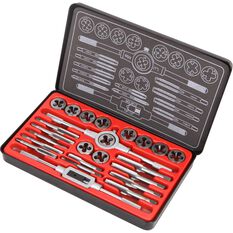 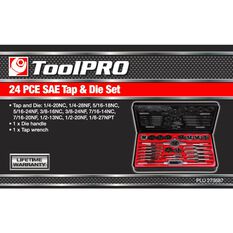 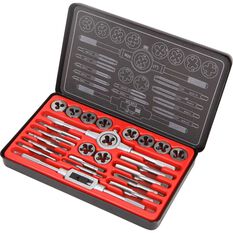 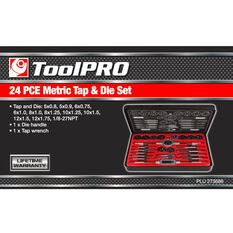 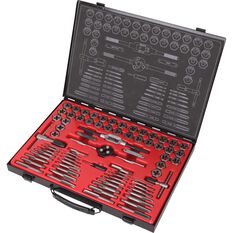 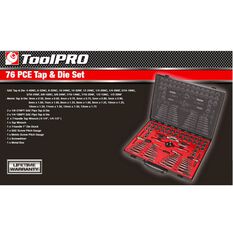 Using a Tap and Die Set

Repair the most difficult stripped threads

Importance of using the correct tools for the Job