Signs Your Tyres May Need To Be Replaced

Tyres are the most important part of your vehicle

Replacing tyres is one of those things that is inevitable - like death, taxes and that sunburn in the very first week of summer - but many people are pretty clueless when it comes to tyres. The common misconception is that tyres only really need to be replaced when their tread is worn down completely or if they get punctured, however there are a few more signs that your tyres need to be replaced - and punctures don't always mean that they do need to go. Below, we'll have a look at some of the clues that suggest you need to swap out your tyres, as well as a few of the options you have if they get damaged.

As your tyres rotate and propel your car along, they leave little bits of rubber behind on the road surface. These bits are miniscule, but eventually it all adds up and results in more rubber being left behind on the roads you've driven, and less actually remaining on your tyres. Most tyres have a fair bit of tread depth to them to begin with, but once that tread is gone, and the tyres begin to smooth out, then their grip on the road surface will be compromised - in turn compromising your safety, especially during braking. Tyres may also wear down quicker ne one side or the other, or in one strip around their circumference. This is because only that worn strip is effectively contacting the road, and so indicates that either your wheels are sitting out of alignment, or the tyre has been run with either too much or too little inflation. If you find that your tyres have bald stips, or the tread depth over the whole tyre is less than around 1.6mm, then it's time to get your tyres replaced.

If you notice that your tyres have developed little hairline cracks (usually on the sidewalls) or have gone an unusual brownish colour, then it's likely that the rubber compound that they are made from is breaking down. Rubber isn't immune from the rigours of ageing, and like our skin, extreme weather or constant weather changes will speed up that process - resulting in a hard, cracked and damaged surface. The risk of running old or damaged tyres is most obviously that they may blow out at any moment, but also (and often dangerously overlooked) that the urface of the rubber will lose its ability to grip the road - resulting in a dramatic increase in safe braking distance, as well as compromising your grip on wet surfaces and in cornering. Perished tyres may also begin to develop slow leaks, meaning that you will have to constantly op them up with air. Additional flexing of the sidewalls caused by too little internal pressure, will inevitably result in more cracking and so the tyres' condition will snowball until they are totally unsafe and unusable.

If you find that your tyres are constantly dropping pressure, then it indicates that they may have a puncture or other damage, but that the issue isn't so dramatic as to outright flatten the tyre. The tyres should be properly inspected for the source of the leak - it may turn ut o just be a damaged, faulty or poorly mounted filler valve - or the problem could be more serious. Even so, they should be replaced or repaired as soon as possible to avoid further damage, or an actual blow out. Worn and perished tyres might leak from cracks that are invisible to the naked eye, and will continue to be a problem as they continue to deteriorate.

We've saved this one until last, but it is really the single most important reason for changing your tyres, and can be affected or caused by any of the above issues. Whether it be caused by worn tread, perished rubber, or simply that the tyres aren't suited for what you'd like to use them for, it is important that you never use tyres that increase your safe stopping distance or struggle to maintain a decent grip on the road surface. Obviously most tyre manufacturers offer a wide range of different tread patterns and types on their tyres, meaning that some are better suited for different environments than others, and some are vastly more expensive! Always be sure to pick a tyre that suits your intended use, instead of just the cheapest option - it is far better to invest a little more in tyres than you otherwise would, since they are what is keeping your car on the ground and making sure it goes where you want it to. Because the tread pattern on tyres is designed to sit somewhere on a scale between contact area and channels that disperse water, dust and other substances that compromise grip, you'll want to ensure that you pick a tyre with a tread pattern that strikes the right balance between the two, and is designed to match your specific needs.

If your tyres are damaged, then the best course of action is obviously to outright replace them, however as tyre technology has progressed, so too has repair technology. If the puncture is small, then applying a repair patch or plug is an option, however it's best to have this done by a professional. Recently, repair goo has become a viable option for small leaks or punctures. This stuff will coat the inside of the tyre and create a barrier that keeps air in. We wouldn't recommend it as a permanent solution for any major punctures - and it is always better to track down the issue in case something is lodged in your tyre, or the damage is worse than initially suspected and likely to worsen still. That said, it can be an easy and cost-effective solution to minor leaks, or as a temporary fix when proper repair isn't immediately available to you.

Important note: As with anything to do with tyres, remember that they are essentially the single most important safety feature on your car, and so corners should never be cut when it comes to looking after them - always be sure to consult an expert as to what types of repairs are viable. 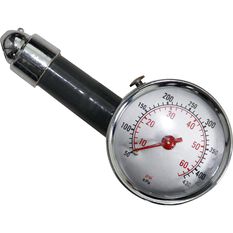 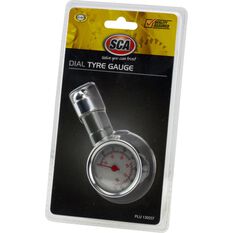 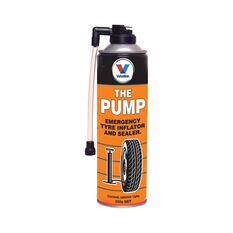 Valvoline
Valvoline The Pump Tyre Sealant - 350g
$24.99 ^
Delivered to you
Pick up today 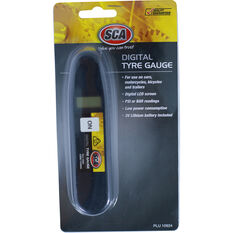 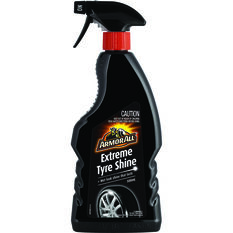 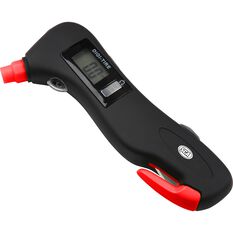 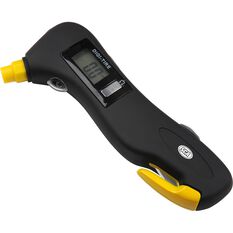