UHF radios are a versatile communication accessory for use in any vehicle, but are primarily used in 4WD vehicles, trucks, and campervans. They allow communication with other vehicles in a convoy or group, to get updates on trail conditions from fellow track users, and also allow the user to request aid via dedicated channels in the case of emergencies. UHF stands for Ultra-High Frequency and the radios used by civilians occupy the 477MHz band. There are 80 channels, though 3 are data-only so in practice UHF CB provides 77 voice channels, including 32 channels (16 output, 16 input) allocated to repeater stations. While you don't need a license in order to operate UHF radio, you still need to abide by the specific regulations in place - https://www.acma.gov.au/ in Australia, https://www.rsm.govt.nz/ in New Zealand. All UHF radios transmit best on a line of sight basis, which means that it's important to position an antenna in such a way as to provide maximum coverage. For this reason, many people prefer to use units that are mounted to the dash and that have tall antennae mounted to the outside of the vehicle.

What type of radio should I get?

UHF radios come in two basic forms; handheld and vehicle-mounted. Handheld CB radios are very convenient, and don't usually require any modification to your vehicle in order to fit. They are cheaper than vehicle-mounted units while still offering similar features, and often allowing the user to switch between high and low wattage as required to conserve battery life. The drawback however, is that a small handheld radio will usually cover a far smaller radius than a mounted unit. This is due to the antenna in the radio being very short in comparison to an externally mounted antenna. This problem can be mitigated with the use of an external antenna, though at this point you might as well use a vehicle mounted system, since plugging in an antenna still leaves the radios with battery life as an issue.

Vehicle mounted systems are much better if you know you are only going to be using the UHF radio from within your vehicle. They come in a variety of sizes, and with a few different feature-sets, though all of them provide a much stronger and more reliable signal than a handheld unit will, and don't carry the risk of battery life being an issue by virtue of being wired into your car's electrics. Therein lie their drawbacks though - Because they are mounted to your vehicle, in-cab UHF radios are limited to being used from inside the vehicle, and will be rendered unusable if your battery fails. Standard in car units are generally 5 watts and there are several reliable brands to choose from. You also have the choice between larger units that have all of the controls on the face plate, like a car stereo, or smaller units that can be mounted out of the way, and have their controls on the hand piece.

Where should I install my radio?

Radio sets used to be commonly installed on the side of the transmission tunnel or in the lower section of the dashboard, though with the small size of modern units, you are pretty much free to install the radio anywhere you please.

Be aware that if you do serious off-road driving, and are likely to ford deep water, then installing your radio set under the seats or in the footwells can run the risk of exposing it to water damage, in the event that your door seals leak.

Most UHF radio units will come with the required mounting bracketry, though DIN kits can be purchased to allow installation next to your radio. Another option is to install your UHF system overhead, although you should always ensure that your visibility isn't hindered in any way.

What kind of Antenna should I use?

The type of antenna you should use will depend upon how you intend to use your radio. For close range use, such as in vehicle convoys where you're unlikely to be more than a few kilometres apart, a short rubberised antenna will suffice. For more long range requirements, you will usually require an antenna that is longer, and that offers higher gain. You should also look at the type of environment that you'll be likely to drive in, for example; it's no good taking rigid antennae offroad where they are likely to be snapped or bent by obstacles in your path - instead, you should use a flexible whip antenna.

Gain refers to an antenna's ability to improve reception and transmission and is measured in decibels (dB). It refers to the radiation pattern projected by the antenna, and curiously it isn't a simple case of the higher being the better. High gain antennas radiate their signal in a tightly focussed horizontal beam, meaning that the signal will go further, but is far more susceptible to interference from hilly terrain, foliage and rocks etc. Low gain antennae project their signals in a sort of round ball shape. They are less likely to suffer drop-out from hills, trees, rocks and the like, though they will also struggle to transmit the signal particularly far in flat environments. Mid Gain antennae are pretty much a mixture of the two.

Where should I install my Antenna?

The single best location for your antenna is probably the centre of the roof, although I wouldn't recommend that you start drilling holes in your roof any time soon! The reason that this is the best theoretical location is that it provides a centralised radiation pattern, that isn't interfered with by the body of your vehicle itself. Essentially, when picking a location for your antenna, you should seek a compromise between where it will transmit most evenly, and where it's actually feasible to mount, without major modification to your vehicle. It's popular and pretty easy to mount your antenna on your bull bars, although doing so can allow vehicles in front of you to impact its ability to transmit. As such, roof racks and the like usually offer the best reception, although this can cause problems if your antenna then sticks up too far to allow parking in covered buildings, or driving through tunnels. Luckily, some antennas can fold down when not in use, to reduce the chance of damage, or to allow parking in carports and garages.

Watts are a unit of power equal to the amount of joules transferred per second, though when talking about UHF, basically wattage refers to the unit's transmission power. The more power that can be transferred, the stronger your signal will be, though the legal limit on UHF systems is 5 watts. Some units will allow you to select between different wattage settings, in order to conserve battery life, or increase signal strength as required. For basic, short range use a 1 watt handheld unit might suffice, but for intensive use in rough terrain, it's better to opt for a more powerful unit.

Which channels should I use?

It can be pretty confusing to figure out which channel to use, but thankfully there's a generally accepted list you can refer to:

What are simplex and duplex?

Simplex is standard transmission use - it means that the signal goes from unit to unit directly. Duplex on the other hand, utilises repeater stations to greatly increase the signal range - most modern handsets allow this mode, although only the duplex channels mentioned above can make use of it. It should also be only used in emergencies or very specific situations. 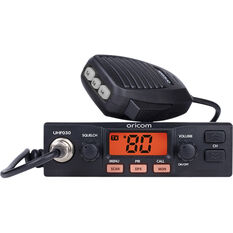 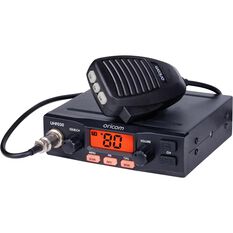 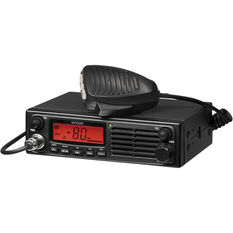 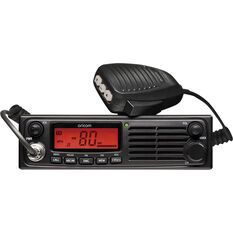 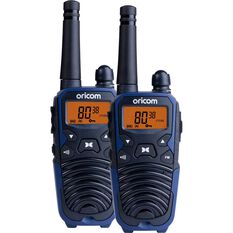 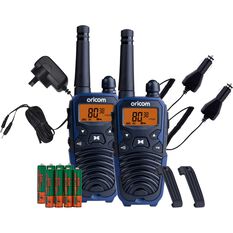 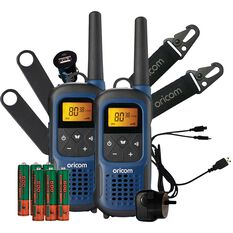 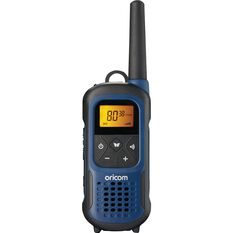 How to Install a UHF radio